With the 31st Sonot Kkaazoot only 2 months away, skiers not on the World Masters travel team, needed to ski today. Although the North Classical trails had been groomed and set on Monday, steady flurries of 80 grit snow (falling at temperatures from the mid negative teens to the -25 deg F) made for a lovely specific strength workout. 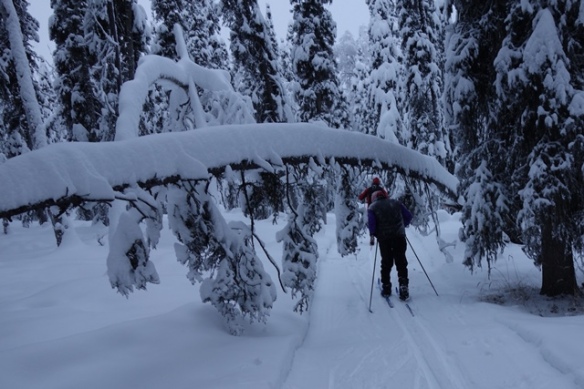 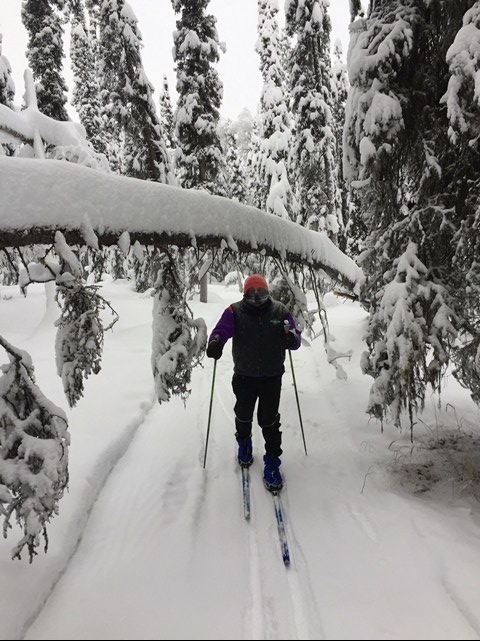 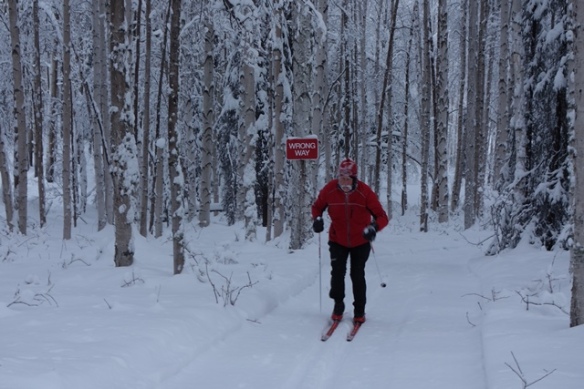 Bill Husby, expert groomer and classical skier shows how to get it done.

Dermot emerging from the end of the Classical Bear Trail near the end of our ski.

We had a lovely ski (and Dermot took some videos that we hope to post later). We saw only 3 civilian skiers during our hour and 45 minute outing. A group of Army skiers on their white rockets were gathered near the stadium, but most of the tracks observed were animal made.