1 March 2019: It was +16 deg F and sunny at Denali State Bank at 11 a.m. as I headed out on the 20 km Sonot Kkaazoot course from start to turnaround. Groomers Bad Bob Baker and Bill Poles Husby had been out since 8 a.m. Skiing was awesome including under the highway bridges where Bob had dragged snow earlier and through repeated dragging had ground up the jumble ice. No need to use rock skis today! Today will be Bad Bob’s last grooming of the Sonot course until he returns from Norway on the Tuesday before the Sonot Kkaazoot.

Bad Bob and his drag on his pass toward town as I headed out around 11:15 a.m. today

Below are some photos I took during my 20 km ski. I was way overdressed and by the end, I was skiing without a hat. Bad Bob made an additional pass on the trail after I skied out, leaving the trail much wider and more level. On my return to the start, it was virtually an all V2 ski. 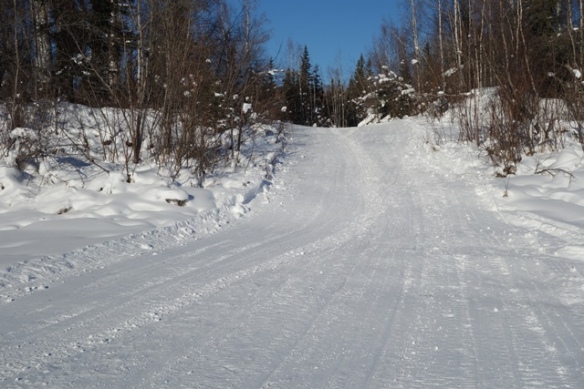 Only climb on the 20 km Sonot course 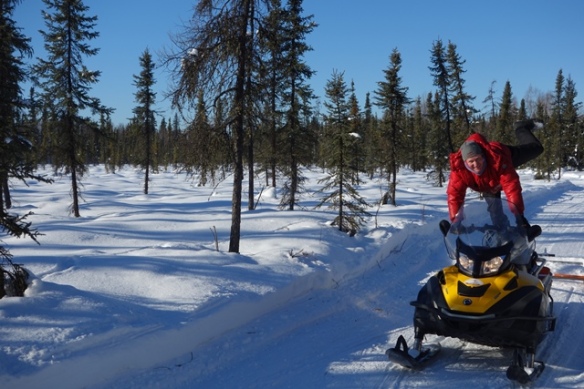 Bob and Sharon Baker will be out skiing the 20 km Sonot Kkaazoot course this afternoon. I highly recommend that you do the same. It will top off your Vitamin D stores and will definitely encourage you to sign up for the 32nd annual Denali State Bank Sonot Kkaazoot today.